Having had a wonderful New England “reunion” with family and friends, we began our next DSTA adventure determined to take a new (for us) southerly route to the Gulf Coast of the U.S. We had no planned itinerary other than letting the “back road” settings of our car’s GPS surprise us…and surprise us it did! Here’s our “Tour-Mobile” on the road…

Bart was anxious to see the town of Port Jervis, NY also known as The River City, a highly competitive applicant in the America’s Best Communities contest, on which he’s been serving as an adviser. The town was voted one of the Top 10 Coolest Small Towns by Budget Travel (http://www.budgettravel.com/feature/10-coolest-small-towns-port-jervis,3209/). Port Jervis is also home to Stephanie Dolson, former UConn All-Star, now with the Washington Mystics. Situated at the junction of NY, NJ and PA, Port Jervis has been a transportation hub for over 100 years. Reminders of the Lake Erie Railroad are everywhere. 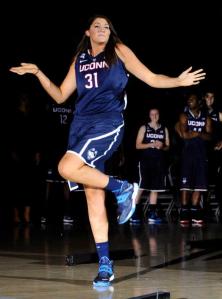 A scenic view of “River City” 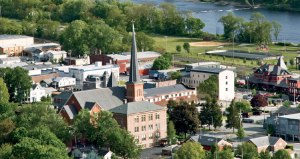 A Port Jervis storefront making the case for civi involvement. 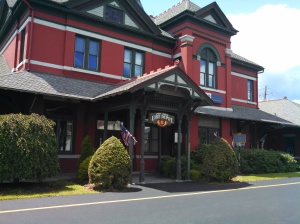 After strolling along Main Street and admiring the repurposed train depot and Erie Hotel, we continued our drive south to destinations unknown via roads selected by our NAV system.

Although we had no plans to feature Pennsylvania on this trip, we stumbled on a very quaint, off-the-beaten-path place in the Pocono Mountains Region of PA called Milford. The Pocono area is known for its kitchy hotels featuring heart shaped bathtubs and champagne glass hot tubs.

However, it was this town’s beautiful downtown and historic area that grabbed our attention. Pictured below are the historic Hotel Fauchere and Mansion at Grey Towers. There’s lots of history here and the Columns Museum houses the “Lincoln Flag” from the night the President was assassinated. Exploring and enjoying Milford and its surrounding towns will definitely be a high-priority for an upcoming DSTA Tour. 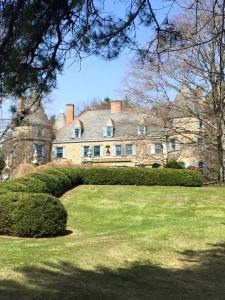 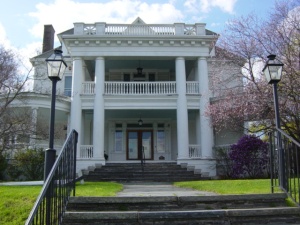 Before “The Tour” accidentally discovered an historic civil war battlefield, it accidentally discovered a wonderful Asian restaurant called Fuji (http://bit.ly/1WatlEX) in Hagerstown, MD. Road warriors need “fuel” to sustain themselves and Fiji’s Pho noodle soups and sushi gave us the sustenance we needed to launch the first stage of our 1,000 mile journey. Mmmm…Check this place out if you’re ever in the area.

The Tour-Mobile wandered aimlessly along country roads until we discovered the quaint small community of Sheperdstown, West Virginia (pop. 2,095). Of course our first, unplanned, stop was to the Shepherdstown Sweet Shop Bakery. Rorie perused the dessert cases but – believe it or not – she only tasted some sweet samples of goodies the bakery was featuring. Amazing will power given the endless choices of decadent treats! 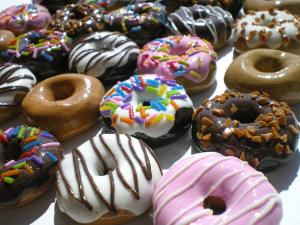 Sheperdstown is said to be WV’s oldest town. Chartered in 1762, it is almost 30 years older than the United States. Many of the town’s historical buildings are on German Street, which is also where most of the town’s retail shops and restaurants are located. 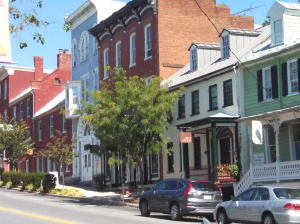 The community’s hip culture is fueled by an abundance of local artistic and theatrical groups, many of which are associated with Shepherd University.

Rorie spotted this sign which was displayed in a storefront on German Street. How small is this community? Well, it’s so small that…

With miles to go to our final destination, we headed out of town not knowing what surprises lay ahead. Within minutes we came upon one of America’s most significant historical sites – the stunning Antietam National Battlefield where the Battle of Antietam near Sharpsburg, MD took place. Fought on September 17, 1862, it was the first major battle in the American Civil War to occur in Union territory. A total of 22,717 soldiers died, were wounded or went missing that day and it became known as the bloodiest single-day battle in American history. The many monuments and plaques that dot the grounds, farmlands and forests are haunting reminders of all that happened here.

Dunker Church in the background

It’s hard to believe a place that was the site of such a bloody and brutal battle could look so peaceful today.

Rorie is reading a plaque near a monument honoring soldiers from Maryland who died in the battle. Similar monuments honoring those from other states who gave their lives dot the battlegrounds… 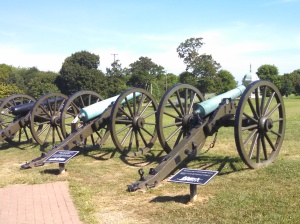 We left the park and were quiet for quite awhile, trying to digest what we had seen and heard about the Battle of Antietam. Next stops – Virginia and North Carolina. Stay tuned for “the rest of the story”…