Singer James Taylor hails from North Carolina and his experiences there have been the inspiration for some of his songs, most notably “Gone to Carolina”. 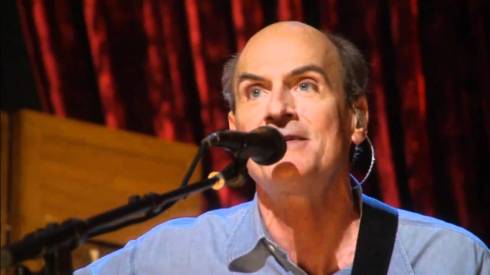 Though some may think Mr. Taylor inspired our visit, the Discover Small Town America Tour was actually invited to sample some of North Carolina’s amazing and unusual small towns this summer by our local “lookout”, AKA our daughter Sara. After doing our research, we headed out to spotlight some interesting, and definitely unusual, places in the Wake County region of the State.

Lizard Lick is an off-the-beaten-path location within the small town of Wendell, NC (pop. 6,745). It appealed to us not only because of its weird name, but also because one of its businesses was featured on truTV as a television series called Lizard Lick Towing. We stopped in to meet the “repo agents” and stars of the show, but sadly they had just left. The co-owners of the company have interesting backgrounds. Amy Shirley is a power lifter AND mortician. Ron Shirley is a pastor. 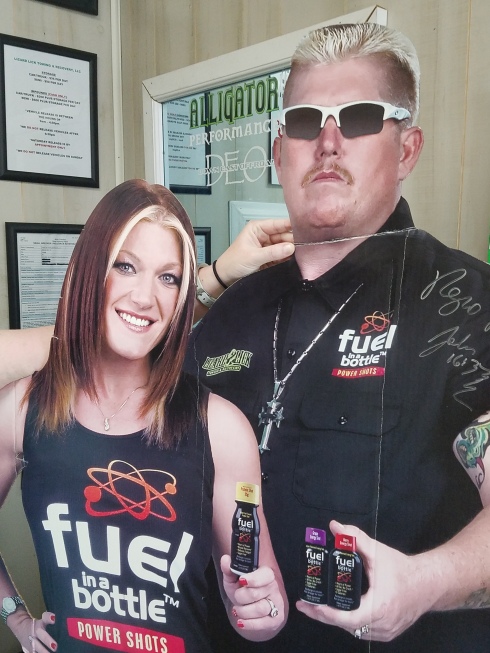 Lizards are everywhere in Lizard Lick, even on top of banks 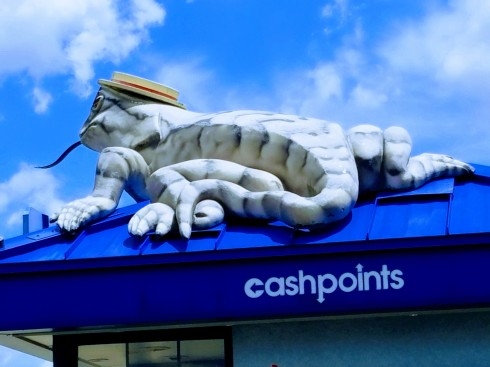 Lizard Lick Towing was established 10 years ago with one truck. Today the repo biz has 20 trucks. Its office is very modest! 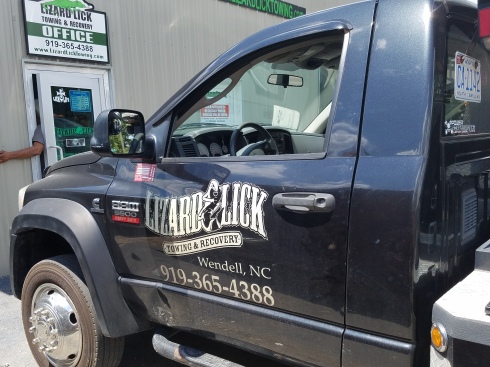 According to a local historian, the town got its name from a “passing observer who saw many lizards sunning and licking themselves on a rail fence.” Really?

Like many small towns do, Garner “welcomes” folks with a huge water tower. 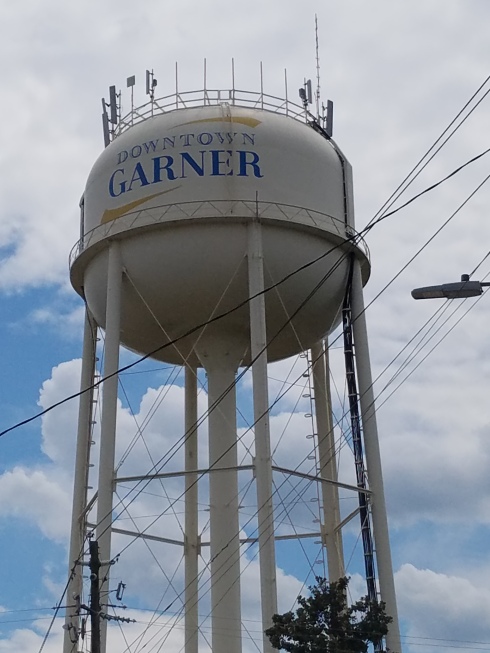 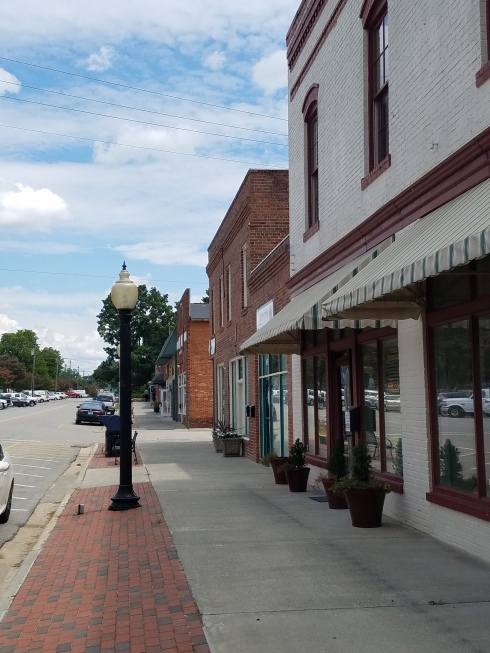 Garner was “put on the map” in 1847 when the railroad began service through the area. This car marks the place where trains went right through the middle of town. 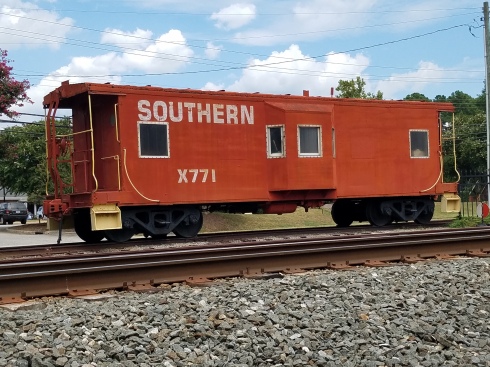 Fuquay-Varina (population 18,644) was the next place we decided to explore. Why was it on our list? You guessed it…because of its weird name, pronounced “Few quay-Va reen uh”.

Your fearless tour guides Sara and Rorie were excited to explore F-V. They left Bart/Dad in the dust. 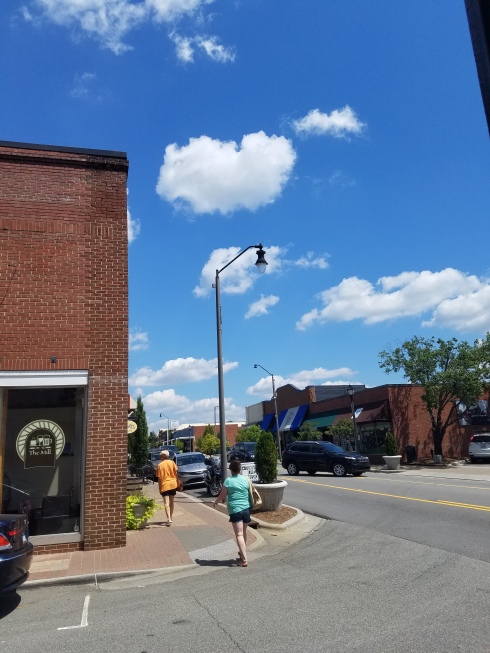 Honor system “lending libraries” like this one in F-V are one of the really cool aspects of small town living. 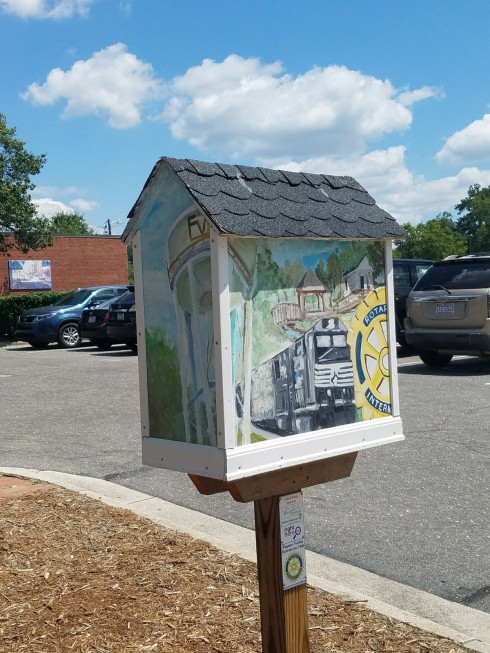 Wall murals abound in this town. What a great way to create community buzz and make otherwise boring buildings interesting and attractive. 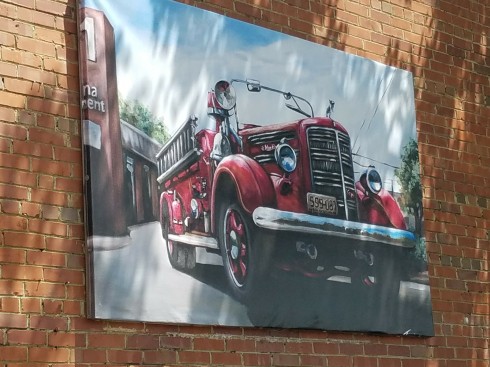 For those who know Rorie, this sidewalk sign gets to the heart of the matter. 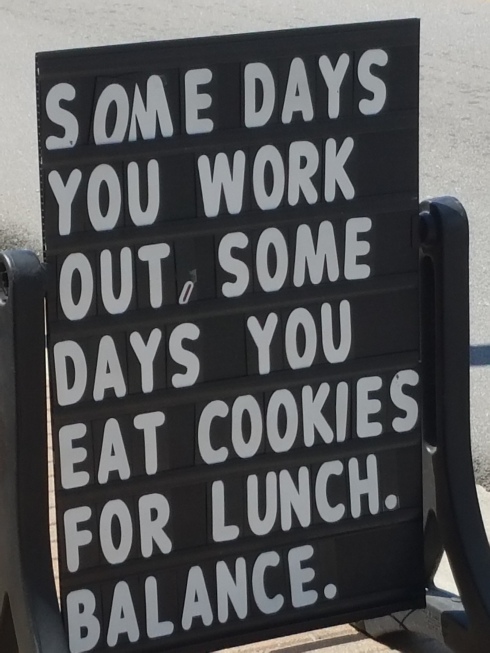 And this sign tells all about Rorie’s true addiction – chocolate! 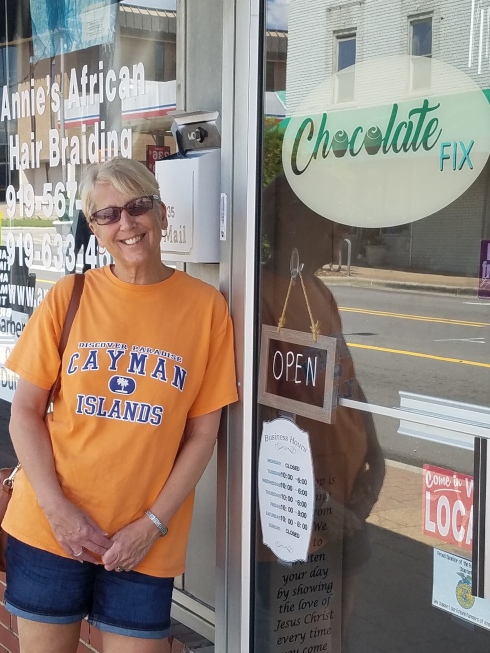 Our last stop of the day was the picturesque town of Wake Forest (pop. 31,000), which I thought was the home of Wake Forest University. WRONG! WFU was originally located here but moved to Winston-Salem many years ago. Oh well.

We located the main drag, parked our car and took in all the warm and welcoming sights of downtown WF on South White Street. 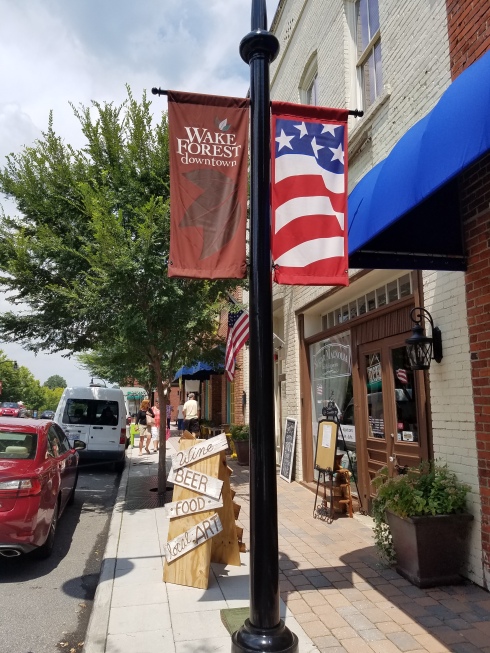 Large, antique-style clocks like this add “flavor” to the downtown experience 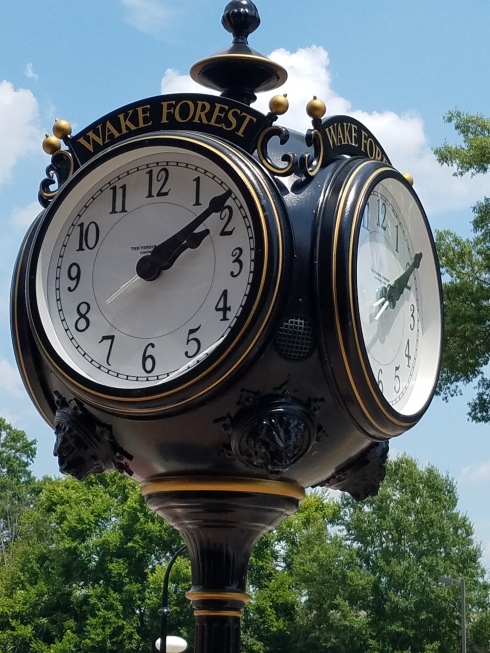 Bart loves hot dogs. His big regret was not stopping into Shorty’s (established 1916) to try out one of its “famous” tube steaks, as Bart’s father often called them. 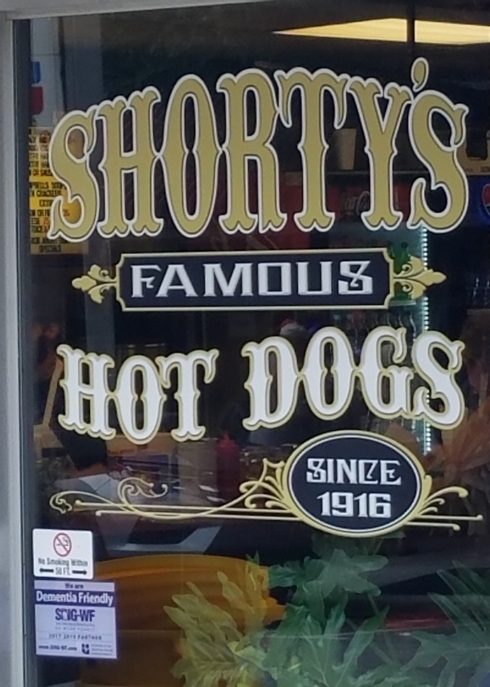 Here’s a truck from a local brewery that knows the value of “small town soul”. 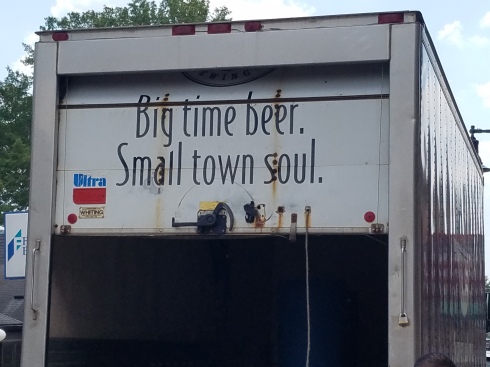 As we walked around the downtown neighborhood, we were surprised to learn that ol’ Willie was running for President.

But what really got our attention were the Caddys in the driveway. Didn’t see any caskets in them, so we’re guessing they are out-of-service hearses. 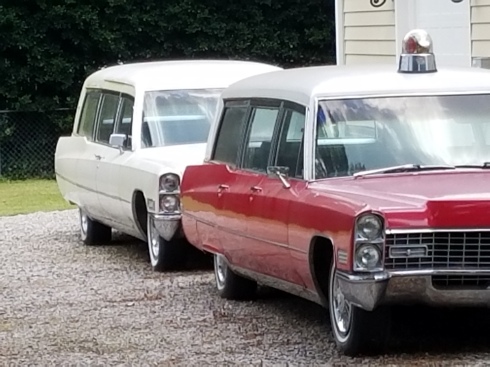 We had a great Tar Heel State experience this day and – maybe best of all – were welcomed “home” by our DSTA Tour mascot Lady Jane (“LJ”). Don’t let her soulful eyes kid you. All LJ wanted to know was 1). Did we bring her treats? and 2). Would we be spending the next several hours giving her attention and affection? 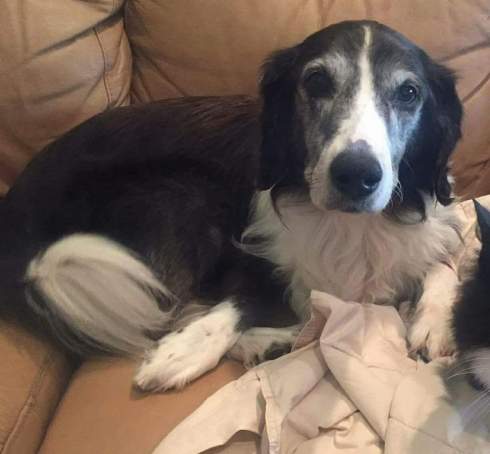 One thought on “James Taylor:”Gone to Carolina…in my mind”. Rorie & Bart: “Went there…in the flesh”.”