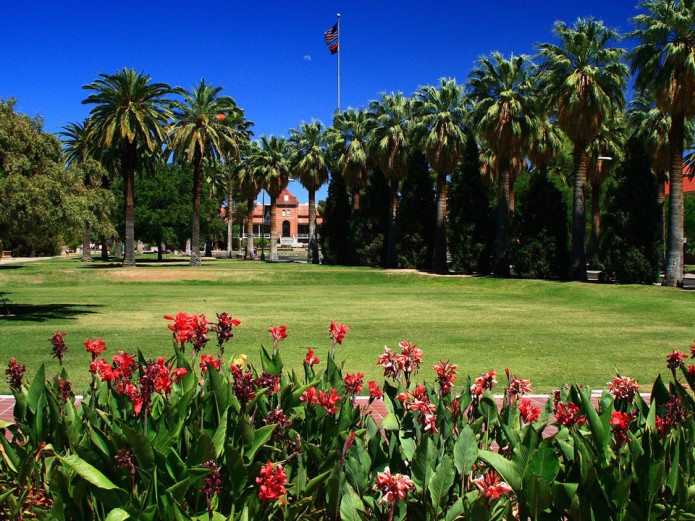 Yup, we know Tucson isn’t a small town but…we wanted to get out of the car, stretch our legs, and do some sightseeing on foot. After visiting so many small towns in a relatively short period of time, The University of Arizona (UA) campus and Tucson’s bustling, historic downtown were the perfect places to take a relaxing stroll.

The University of Arizona (UA) is near downtown Tucson. “Old Main”, also known as UA’s School of Agriculture, was the first building constructed on the UA campus. Opened in 1891 with 32 students, it’s one of the oldest surviving structures in the western United States. The wide porches offered a cool place to relax during AZ’s hot summer. We loved the mix of old and new buildings on the campus. 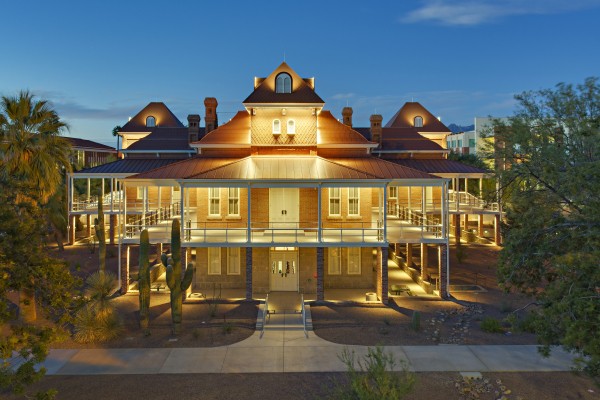 The UA Mall is rated one of the top 5 most beautiful college campus “squares” in the Country. We couldn’t agree more!

UA’s campus features an amazing array of cactus…you can look but don’t touch.

What is a “Wildcat” anyway? Apparently, it’s a bobcat and UA’s mascot named Wilbur. 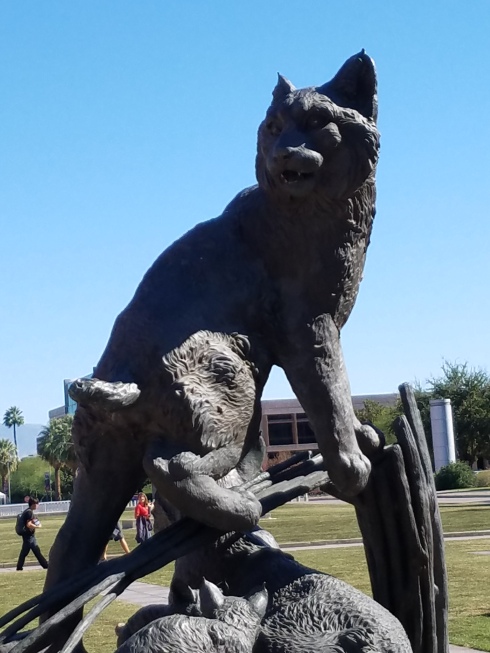 UA students seem to favor environmentally friendly modes of transportation. Not a car in sight. 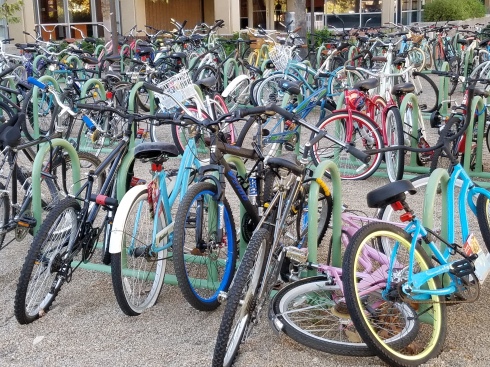 After a really long walk exploring the University of Arizona campus, we meandered into the artsy section of downtown Tucson. The aroma of french fries wafting onto the street compelled us to follow our noses and find the source of that heavenly smell…U.S. Fries. 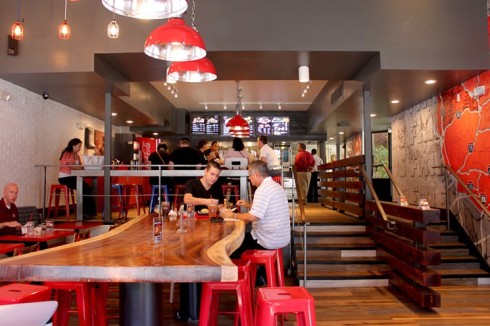 This place is a Tucson hot spot, specializing in something our son Brendan introduced us to last year, poutine. Poutine is an addictive combination of crispy, golden french fries and Wisconsin cheese curds smothered in a rich decadent gravy. It may sound like a weird mix, but we promise, once you try it you’ll be hooked. Not great for the waistline but oh so good. Go find some immediately!

We loved the idea of this Tiny Town sign in such a big city like Tucson. Tiny Town is actually a very cool local art gallery.

Arizona Party Bikes are a really unique way to see the city and do a local pub crawl. Riders power the bicycle pedals attached to their seat to get their beer and move the bus. Wonder who the designated driver was.

As we wandered through the older downtown section of Tucson, we were impressed by all the vibrantly colored murals we saw. Local artists participating in the city’s Mural Program are creating a visually exciting environment.

Another great mural depicting some of our favorite musical icons. Can you “name that tune?”

The Hotel Congress built in 1919, is the last surviving historic hotel in downtown Tucson. 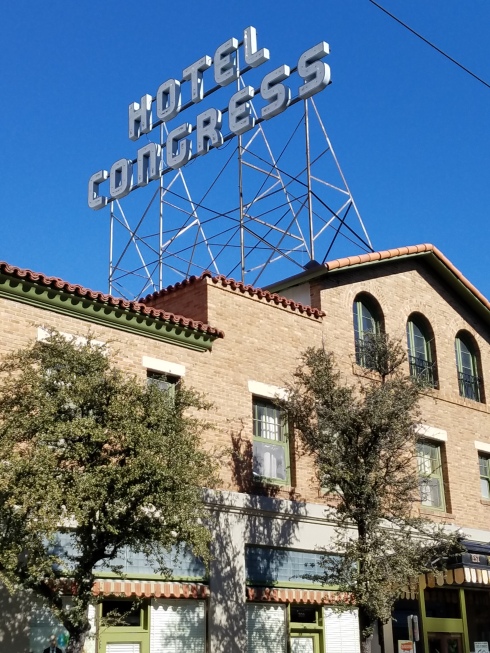 A hotel fire in 1934 inadvertently resulted in the capture of the infamous gangster John Dillinger and his gang. They were staying on the 3rd floor of the hotel laying low after a series of bank robberies. Talk about bad karma.

One of our favorite things to do when we visit different towns is to strike up conversations with people we meet along the way. We met this great hometown “boy” and his beautiful family at dinner and he was fun, friendly and full of suggestions about places to check out. He was treating his granddaughter, who went to college in town, to dinner out and they couldn’t have been nicer.

This guy was fun too, but his ideas centered on reindeers and toys…even before Thanksgiving. Kinda weird. 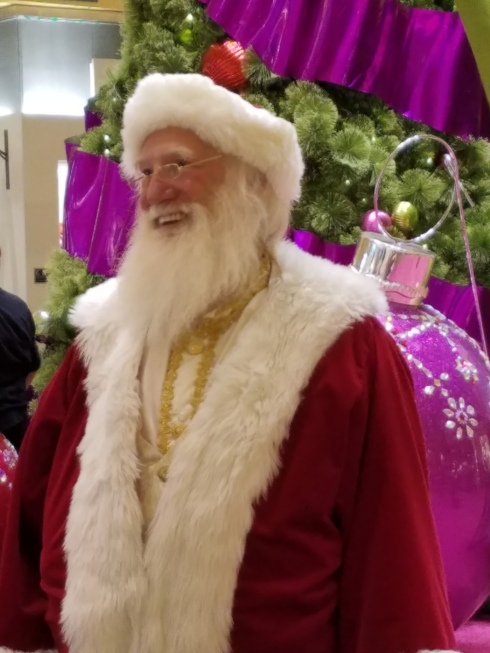 After our brief stay in AZ, it was time to head on to Southern California, the land of opportunity and movie stars.

4 thoughts on “Wildcats, poutine, a gangster named Dillinger and Santa? Tucson has it all”